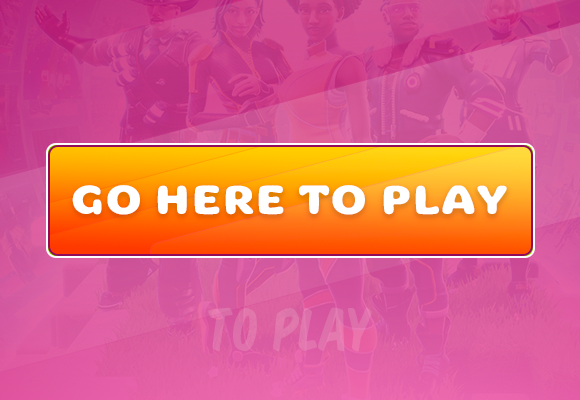 Monster School is opening its doors again, this time in Minecraft! Plus there is an old familiar character making his grim return in this new setting – Baldi! You probably remember his from a self-named game where you had to make it out of the campus having collected seven notebooks and solved all the equations. Turns out Baldi is a monster, indeed! And now he works at a school that matches his character. Can you run away from him and cope with the tricky tasks this time? Let’s check out!

Like previously, your goal is to leave the building with all seven notebooks filled out with the right answers. But this time instead of other students and teachers you’ll be surrounded by various supernatural creatures! And, just like before, every character you meet on the campus will try to prevent you from passing and hold you back so that Baldi can successfully pursue you. So stay alert and don’t let them do that! Look for weaknesses the monsters have that you can use to your advantages and seek ways to cooperate with them. Some of them can be bribed – glance into your backpack and you’ll find the right item to give them in exchange for free passage. You can also use some of them – for instance, candy bars – to refill your stamina if you are too tired to keep running and Baldi is too close.

Since its a monster school, everything here will look different. You are going to find yourself in strange rooms filled with objects and sometimes beings that you have no idea about. Look at them carefully before rushing into action. Some of them might be dangerous for you! The game is designed in Minecraft pixel style which makes the school and the monsters and first of all Baldi look even creepier. But don’t worry, even if the angry teacher catches you, you won’t die – you will just respawn at the beginning of the day and will have to go all the way from the very start. There will be new equations to solve, but at least you’ll learn more about what to expect from the situation! Play Baldi’s Basics in Monster School online and enjoy the chase! 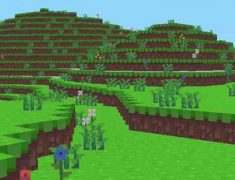 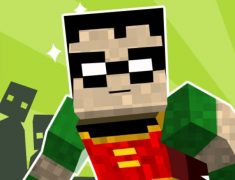 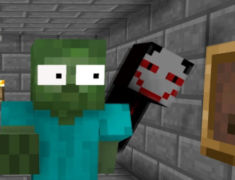